A Plant-Based Diet Vs. Red-Meat

We all know that red meat is one of the best sources of protein and is packed full with important nutrients.

However, there is growing concern that red meat can also be bad for our health. 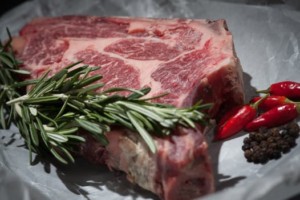 In July 2016, the Journal of the American Society of Nephrology published a study identifying a link between kidney failure and red meat consumption. Researchers found that study participants with the highest intake of red meat had a 40% increased risk of kidney failure compared with participants who consumed little red meat.

Many other studies have indicated that a diet enriched with red meat can increase the risk of cancer and other diseases1, 2. The concern is so heightened that the World Health Organisation has classified processed meats, such as sausages and salami, as a Group 1 carcinogen. Also, burnt or charred meat contains carcinogenic compounds.

The WHO’s International Agency for Research on Cancer (IARC) Working Group has reviewed over 800 studies assessing the relationship between red meat and cancer. The risk of colorectal cancer increases by 18% with a daily intake of a 50 gram portion of processed meat. The IARC also documented a link between red meat intake and increased risk of pancreatic, colorectal and prostate cancers.

A Decline in Red Meat Consumption

Red meat is a staple food in many households. However, there has been a steady decline in the consumption of red meat in favour of plant-based diets.

In 2013, marketing intelligence agency Mintel reported that 12% of people in the UK were either vegetarians or vegans. This figure increased to 20% among people aged between 16 and 24.

The Health Benefits of Plant-Based Diets 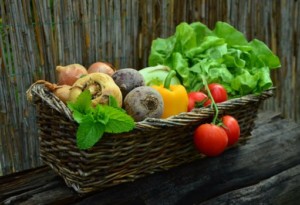 Research has shown that plant-based diets can be beneficial for health and disease prevention. A study published in the Nutrition Bulletin in November 2016 highlighted some of these advantages.

Some of the other best vegetarian sources of amino acids include:

Considering Switching to a Plant-Based Diet?

It is an important decision to become a vegetarian. Red meat is a very rich source of protein. Vegetarians therefore need to take particular care to ensure that their nutritional needs are meet. It is important to do some research before adopting a plant-based diet.

Read How to Become a Vegetarian for more information.

Plant-Based Diets Can Be Exciting

Unfortunately, there is a common misconception that a plant-based diet is dull and boring. However, this isn’t the case. There are plenty of exciting and tasty recipes that are filling and nutritious. For some inspiration, check out these websites: