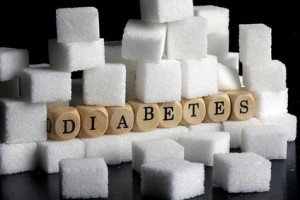 Diabetes mellitus is a chronic condition in which the level of glucose (sugar) in the blood is too high. Blood glucose levels are normally regulated by the hormone insulin, which is made by the pancreas.

In people with diabetes, however, the pancreas doesn’t produce enough insulin or there is a problem with how the body’s cells respond to it.

Normally dietary carbohydrates are converted to glucose and then go through the intestinal wall into the blood, where it is transported to all organs of the body, in order to provide them with energy.  For glucose to be able to transport into the cells of the pancreas, insulin is needed; which diabetics are unable to produce in sufficient quantities.

Another important function of insulin is the conversion of glucose into its storage form glycogen, which can be stored in the liver and muscle cells. This makes it possible for the body, to keep the blood sugar levels relatively constant even after food intake and to prevent hypo-or hyperglycemia.

Hypo-or hyperglycemia is particularly dangerous for those suffering from diabetes, because it can leave permanent danger on the bodyand can drastically reduce the life of those affected.

Find out more about Diabetes 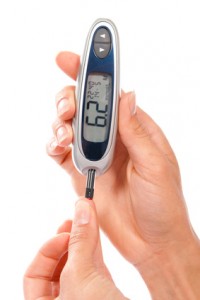 Too little or no insulin, results in a continuous accumulation of glucose in the blood, which can be harmful to blood vessel walls and organs. To prevent this, diabetes requires a comprehensive treatment by an experienced doctor, who will discuss with the patient the dosage of anti diabetic agents and an appropriate daily diet.

Certain nutrients (vitamins, amino acids, minerals and trace elements) can help improve the clinical picture considerably and are employed in support of conventional medications. I some cases, it is even possible to reduce the amount of required anti diabetics and thus relieve the body.

To achieve a consistent differentiation of the various types of diabetes, in 2009, a classification was determined:

Type I is an autoimmune disease. The pancreas cannot produce enough insulin because the cells that make insulin have been destroyed by the body’s own immune system. This type of diabetes is also known as adolescent diabetes since it usually occurs in children and young adults. Type II is called adult-onset diabete since it usually affects older adults. The pancreas makes some insulin but it is not produced in the amount your body needs and it does not work effectively.

A lack of insulin or insulin resistance often occurs late in life and is usually due to poor diet and obesity. With time, the pancreas is overloaded and is no longer able to inject the entire recorded via the food glucose by the cell membranes.

While type I diabetes must always be treated with subcutaneous insulin injections, adult-onset diabetes (Type II) just have to take the appropriate pills to keep blood sugar levels constant. With Type II patients it is essential to ensure a healthy and balanced diet, thus reducing and preventing further weight problems. In contrast, Type I patients are often very slender and don’t need to pay special attention to their weight.

Over 3 million suffer from Diabetes in the UK 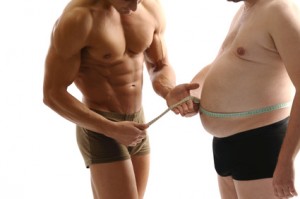 Diabetes is relatively common and it is estimated that 2.9 million people are diagnosed and 850,000 do not know they have the condition. There are 5 to 10% suffering from type I and about 90% suffering from type II. In recent decades an increase in patients has been observed, mainly due to the increased incidence of adult-onset diabetes (type 2).

This rise in sufferers is closely related to the spread of obesity and the continuous rise in average life expectancy (which makes the chance of getting a disease more likely).

The first and best therapy for adult-onset diabetes is always:

This therapy is recommended for virtually every type 2 diabetic sufferer, this therapy is critical for the health of the patient. Additionally, certain micronutrients have been shown to be very effective in supporting the treatment of diabetes. 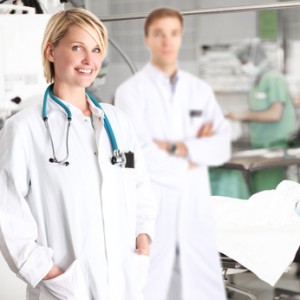 Since an existing diabetes is associated with complications in the future , it is considered essential to fight it as early as possible and to initiate appropriate treatment. Not only can conventional anti diabetic agents but also agents of orthomolecular medicine can be used, which have numerous positive effects on such a disease.

Several studies have previously shown that some vitamins and minerals contribute to the treatment of diabetes or even prevent its outbreak. Even later symptoms such as atherosclerosis, neuropathy, erectile dysfunction (impotence) or cataracts can be stopped by using certain nutrients or at least delayed; which is why it is highly recommended to take appropriate dietary supplements.

Appropriate dietary supplements can stimulate the secretion of insulin or make the body’s cells more receptive so they can make the metabolic hormone. Others are able to prevent the accumulation of glucose in the blood vessel walls, thus preventing heart attacks or similar diseases.

The concentration of trace elements mainly chromium , iron , copper and zinc in younger patients with type II diabetes has been found to be significantly lower than in healthy individuals. Realizing this, there is an urgent need to supply diabetic patients with appropriate supplements to there is an adequate amount of essential trace elements, or else serious deficiencies could occur, which would result in more health problems. 1

Also, vitamin D is especially important in the treatment of diabetes mellitus. Vitamin D deficiency is associated with the development of diabetic polyneuropathy.

In the course of this disease, there is sensitivity disturbances of various regions of the body, which are caused by the continued destruction of the nerve sheaths. These are often unpleasant sensations, and in worst cases peripheral paralysis. In a 2011 study, it was demonstrated that high-doses of vitamin D can prevent the occurrence of neuropathy and a reduction in its symptoms 2.

Diabetes mellitus is also always associated with increased oxidative stress, which promotes the development of hyperglycemia. In addition, certain unsaturated fatty acids are oxidized which increases levels of cholesterol and triglycerides, which leads to a worsening of the disease. In an Italian study, it was examined to what extent carnitine reduces oxidative stress, and thus how much it may reduce the severity of diabetes.

In the laboratory study, after a daily intake of 2 g of L-carnitine for three months, oxidative stress was significantly reduced and consequently it be assumed that L-carnitine can be used as an effective cure for diabetes mellitus. It reduces oxidative stress considerably by eliminating free radicals and therefore should be taken in conjunction with drug treatments for diabetes. 3“

Diabetes mellitus is now considered an endemic disease, in Germany alone there are over 7 million sufferers. With an aging population and a continually rising rate of obesity, cases of diabetes Type II are going to continue to increase. And Type I will also continue to appear, although not as frequently as Type II.

In both types of diabetes, dietary supplements are recommended in combination with diabetic drug treatment, due to their ability to reduce the development of the disease and its severity. Especially trace elements, vitamins and amino acids are considered important nutrients in the fight against metabolic diseases and should be eaten in sufficient quantities.