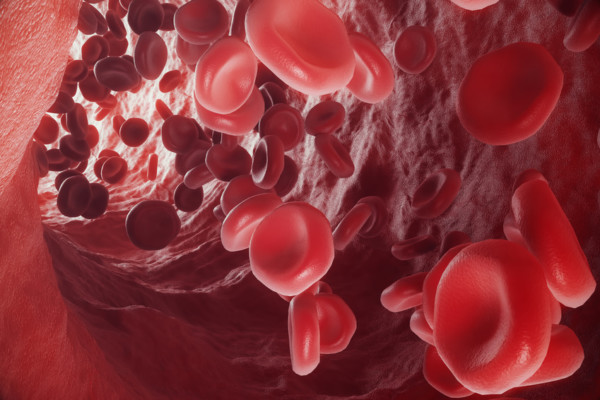 Citrulline, technically termed L-citrulline, is a naturally occurring non-essential amino acid in the human body. It is one of the three dietary amino acids found in the urea cycle. The other two amino acids are arginine and ornithine1.

Roles in the body

In our bodies, amino acids are broken down to form waste containing nitrogen. This waste product is called ammonia.

The urea cycle is a series of steps involving enzymes, which takes place in the liver. This cycle converts the toxic ammonia into urea, which our body is able to get rid of in urine.

This amino acid has another important use. It is a vasodilator, which means it dilates the blood vessels in our bodies. It does this by producing nitric oxide, which relaxes the cells around the blood vessels.

Imagine the nightmare of trying to get through a crowded train station during peak rush hour. A sea of angry commuters surrounds you. You can just about gradually squeeze yourself through a narrow channel in the crowd to get to your platform. God help you if you have luggage.

Now imagine a blissfully empty station you can run through unimpeded. You are able to take up as much space as you want to get to your destination faster and less dishevelled. Wider vessels mean more space. This is important in terms of how efficiently blood cells can deliver oxygen in times of high demand (such as exercise) and keeping a healthy blood pressure.

Our bodies produce citrulline naturally, but in addition to this we can obtain more of it from our diet. The most well-known source is watermelons (which citrulline was named after, the Latin name for watermelons being Citrullus Vulgaris).

Other dietary sources include:

This amino acid has also become popular as a supplement useful for improving exercise and cardiovascular health.

In terms of exercise, citrulline supplements can help reduce fatigue and improve endurance. This is the case for both aerobic and anaerobic exercise [1].

This amino acid improves exercise endurance by increasing the uptake of oxygen by the muscles under strain3. This improved oxygen usage improves the action of the exercising muscles4, which can lead to better workouts.

Citrulline’s ability to widen blood vessels also means that it can help to lower blood pressure. This is particularly the case with people who already have high blood pressure (hypertension) or the early warning sign of high blood pressure, called prehypertension5. It can also be beneficial in heart disease, but it does not work after only one dose. It needs to be taken for longer than a week6.

This amino acid can also help with the symptoms of mild to moderate erectile dysfunction. Some studies have shown that it does not work as well as the popularly known Viagra, but it is a safe alternative7.

In addition to these benefits, this amino acid can stimulate protein synthesis and reduce amino acid breakdown, which can help to maintain or increase muscle mass [4]. Some research in animals has also provided evidence that it can be useful in gastrointestinal problems including short bowel syndrome, coeliac disease, and liver disease [5]. However scientists need to conduct further research to support these findings.

The body converts citrulline into arginine, which it then uses to form nitric oxide (NO). Therefore, it’s no surprise that arginine supplements are also publicised for their nitric oxide boosting effects.

Interestingly, it has been found that it is more effective to take citrulline supplements than arginine for this effect. This is because arginine supplements cause a sudden spike of arginine in the body, whereas the effect of citrulline is more gradual and leads to a longer lasting increase in the arginine levels [1].

Furthermore, the gut does not absorb L-arginine supplements well. Therefore it is better to take L-citrulline supplements which will then be turned into L- arginine by your kidneys for better use by the body8.

Overall, many people prefer citrulline malate, because the addition of malate improves exercise performance. In addition to this, L-citrulline by itself must be “pre-loaded” and taken for a week before exercise in order to benefit from it.

However, citrulline malate can be taken an hour before exercise and it is still effective11.

The recommended dosage of supplements varies according to your reason for taking it.

For circulatory health or to help with erectile dysfunction, you should take 1000 mg of citrulline (1g) 3 times per day with meals so that your total daily dose is 3000mg (3g). However, you don’t need to take this amino acid with food, unlike other supplements.

This amino acid is safe to take and it does not cause any side effects in recommended doses. However you should not take these supplements if you are already taking nitrates for heart disease, any blood pressure medications or erectile dysfunction drugs including Viagra, Cialis or Levitra.

This is because the combination of L-citrulline and these medicines can result in a severe drop in your blood pressure. You also should not take this amino acid if you are pregnant or breastfeeding [5]. If you are unsure if citrulline is right for you then it is best to discuss this with your doctor.