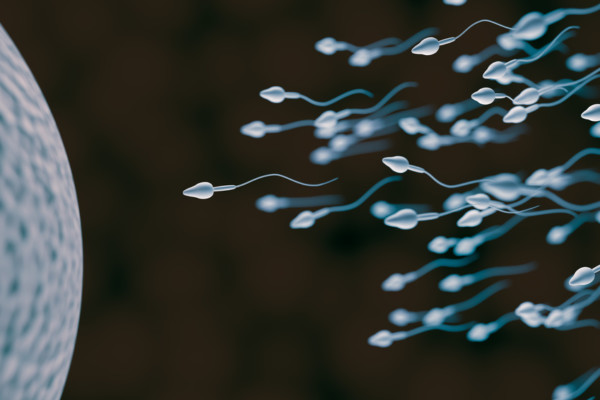 Cysteine is a proteinogenic amino acid contributing to building protein and includes the element sulphur. It can be synthesised in the human liver and is therefore not an essential amino acid. However supplements are a good way to meet the daily recommended target.

This amino acid is only included to a small degree in proteins (2 %). This makes a varied diet very important to avoid cysteine deficiency.

The body creates cysteine from an essential amino acid called methionine. This makes the abundance of methionine in the body a critical factor to the body’s supply of L-cysteine. Therefore it is sometimes counted as a semi-essential amino acid. This is also due to its role as a catalyst in many important metabolic cycles.

Cysteine is able to fulfill several important functions in the human body due to its specific structure which includes sulfur. Therefore it contributes significantly to the general wellbeing of the body.

Especially when an individual has chronic conditions including arthritis, they may greatly benefit from the appropriate supplementation of this semi-essential amino acid. Other people who may particularly benefit from supplements include patients with illnesses affecting their intestines.

This type of disease usually increases the body’s need for cysteine because it means that less nutrients are absorbed from the gut. These are lost as a result of the digestive system being compromised.

A similar situation can arise as a result of extreme Reduction Diets. These can severely deplete the body’s levels of vitamins and amino acids. Additionally, the body’s demand for cysteine increases due to environmental factors including stress or extreme physical strain.

Cysteine supports the synthesis of glutathione, which is highly antioxidative, and it can also be stored in this chemical form. Therefore this amino acid plays an important role in detoxification and the resulting protection of several tissues and organs.

According to recent research this does not only slow down the natural process of ageing, but also helps in preventing certain diseases. These include dementia and multiple sclerosis, because there is a link between these diseases and an accumulation of toxins. 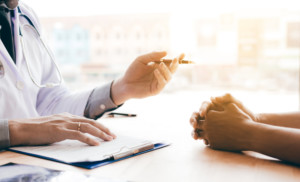 These chemicals support the defensive work of the macrophages, which are key elements in the immune system. In cases of cysteine deficiency, infections may therefore become more prevalent due to the reduced amount of killer cells.

L-cysteine is also important in the metabolism of lipids. It plays, for example, a part in building essential fatty acids and therefore enables the production of cell membranes and protective covers of nerve endings.

These consist mainly of myelin, a dielectric (electrically insulating) material that forms a layer, the myelin sheath, usually around only the axon of a neuron. This protects the axon from environmental damage and attacks from free oxidative radicals. In this way, cysteine has very high preventative potency in helping to prevent major degenerative illnesses such as Parkinson’s disease.

L-cysteine can also neutralise copper poisoning. It can also protect cells from harmful substances, which usually result from nicotine or tobacco consumption.

A very important role of the semi-essential amino acid is in protein synthesis. This is the process of building proteins.

L-cysteine is a natural building block of many important structural proteins in the connective tissue. The body is also able to convert this multifunctional nutrient into taurine. Taurine is important for conducting electrical nervous impulses and also supports the digestive and vascular systems. Scientists have researched the effects of cysteine supplements in the form of NAC (N-acetylcysteine). They found that taking supplements lowered the concentration of damaging reactive oxygen species within semen. This in turn increases sperm motility, which is the ability to swim forward and in a straight line.

In a study by Ciftci and colleagues the effects of NAC supplementation were assessed on 120 men diagnosed with idiopathic infertility1. Scientists gave sixty men 600 mg/day of NAC orally for three months, and they gave another sixty men a placebo tablet.

Men who received NAC showed significant improvements in semen volume, viscosity, and sperm motility. Scientists also found that their total antioxidant capacity improved and there was a reduction in destructive reactive oxygen species.

The ability of NAC supplementation to improve sperm count and motility increases the potential for fertilisation. Enhancing semen viscosity is also important because this makes it easier for the sperm to propel forward towards the egg.

Other studies have shown that NAC together with the trace element selenium is beneficial for male reproductive health. Safarinejad and Safarinejad explored the effects of selenium and NAC on 468 infertile men diagnosed with idiopathic oligo-asthenoteratospermia 2.

L-cysteine can help to reduce inflammation of reproductive tissues and organs. This can in turn support fertility, because if the prostate or seminal vesicles are inflamed, fertility levels decline. Additionally, the antioxidant effects of NAC and associated glutathione can help to alleviate inflammation. This also contributes towards improving fertility.

Cysteine’s exceptionally strong antioxidant properties have so many positive effects on the overall health, that it can be used for both prevention as well as therapy of illnesses.

A study in 2009 investigated the anti-inflammatory properties of L-cysteine.  It was already well-known that there was a direct correlation between oxidative stress und inflammatory processes. The assumption was therefore that the elimination of damaging free radicals would also reduce the inflammatory risk in subjects with existing illnesses.

Scientists ultimately proved that cysteine supplements reduce inflammatory reactions in the body. They also promote an acceleration of healing processes without complications or side-effects. 3. A further application of this semi-essential amino acid is the therapy of osteoporosis especially in older women.  The continuous reduction of bone tissue may increasingly lead to a loss of bone density and ultimately fractures.

In the past, scientists suspected that there was a correlation between low bone density and a low concentration of L-cysteine in the blood plasma. A study ultimately proved this inverse correlation 4.

It was shown that the supplementation of L-cysteine was able to significantly decrease the level of osteoporosis. It was able to reduce the activity of the osteoclasts whilst increasing synthesis of collagen. This reverses both of the damaging effects that patients with osteoporosis suffer from.

L-cysteine may therefore be classed as an extremely important remedy of orthomolecular medicine and is used increasingly to treat conditions such as osteoporosis. Although side effects are virtually non existent, diabetics should discuss the consumption of dietary L-cysteine supplements with their doctor first, because L-cysteine can reduce the concentration of insulin in the blood requiring an adjustment in the antidiabetic medicine. L-cysteine is very soluble in water. When cooking the above foods, you should take special care to avoid keeping them in the water for too long as this can wash out the amino acid.

L-cysteine is today often classed as a semi-essential amino acid. It plays an important role in the synthesis of structural proteins and thus contributes to the stiffness and stability in the connective tissue. This amino acid also protects nerves from oxidation and is thus able to prevent illnesses such as Alzheimer’s disease or Parkinson’s disease.

Last but not least, the immune system benefits particularly from an appropriate supply of this multifunctional amino acid. It supports the building of the crucial macrophages and in doing so protects the body from infections.